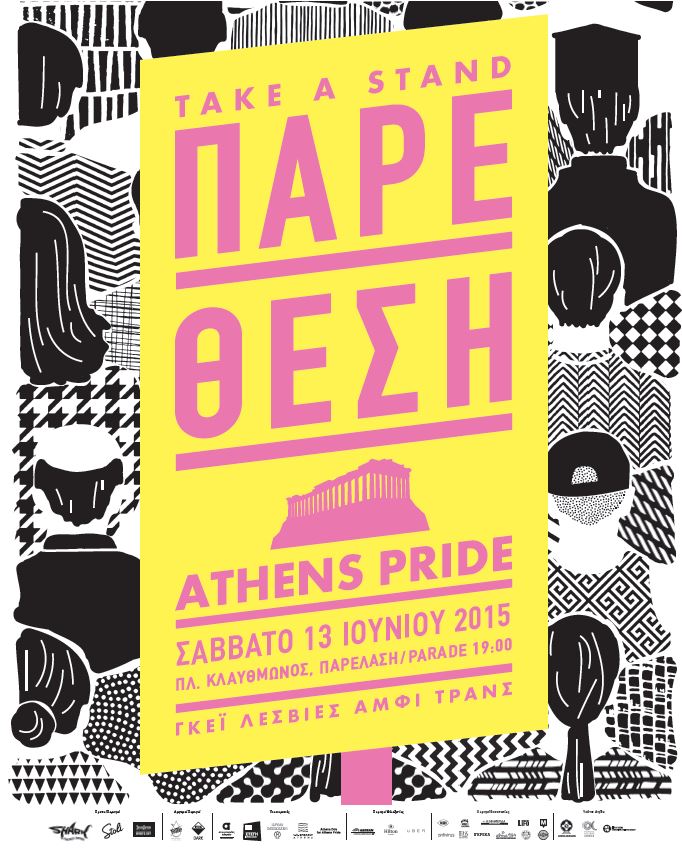 Under the slogan TAKE A STAND, Athens Pride 2015 takes a stand for 100% equality, justice, acceptance, and respect for lesbians, gay men, bisexual and transgender people (LGBT) together with every member of Greek society.

Likewise, Athens Pride calls upon all of Greek society to recognize and take an urgent stand to support the rights of LGBT people in Greece.

Take a stand with Athens Pride on Saturday, June 13, in Klafthmonos Square, and parade with us through the city center for a truly just and free society.

Important note: Athens Pride 2015 welcomes the newly formed group LGBT PwD (People with Disabilities). This year’s event will be fully accessible, including, as always, signing for the hearing impaired.